How to Get Media Attention for Your Nonprofit or Social Venture
75.00% off original price of $19.97

How to Get Media Attention for Your Nonprofit or Social Venture

Use discount code "getonethirdoff" now to get 1/3 off the purchase price.

5% To Change The World

For every $100 students like you spend at GoodCrowd.school, we donate $5 to nonprofits that help to advance our mission of eradicating extreme poverty, improving global health and mitigating climate change by 2045.

When you take courses at GoodCrowd.school, you not only learn how to change the world, you actually do! 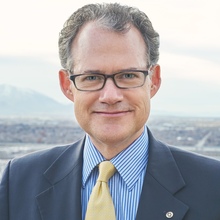 As a new media journalist and founder of the Your Mark on the World Center, Devin has established himself as a champion of social good. As a Forbes contributor, with 400 bylines and over one million unique readers, he has become a recognized name in the social impact arena. His Your Mark on the World show, featuring over 800 celebrities, CEOs, billionaires, entrepreneurs and others who are out to change the world, has been viewed over 200,000 times, giving him a recognizable face as well.

Previously, Devin served as the CFO of the third largest company on the 2009 Inc. 500 list. He also founded and led an NASD-registered investment bank. After completing a degree in finance at the University of Utah, he earned an MBA from Cornell University.

Having lived on three continents and visited over 30 countries on six continents and with guests from around the world on his show, Devin brings a global perspective to international audiences–from the UN to Nepal–empowering them to do more good and make their mark on the world. These lessons also enable them to change their personal lives and to drive positive change within their organizations. His books provide roadmaps to audiences on how to use money for good. His books have been read over 1 million times!

Today, Devin channels the idealism of his youth, volunteering whenever and wherever he can, with the loving support of his wife, Gail. Their son, Dayton, works in San Francisco.